Sad to hear today of the death of Ranking Roger, singer with the two-tone band The Beat (aka The English Beat in the USA, and The British Beat in Australia).
The blending of youth culture in music and race, through British two-tone and ska of the 70s and early 80s, seemed to be a beacon for racial integration in an increasingly divided UK at the time.
As a party DJ, it’s always a thrill when you get to play tunes and genres that, these days, are far from mainstream, and so it was when a small group of American lawyers and bankers in their 50s (one very senior in the firm), having their annual staff dinner in a smallish Hong Kong bar, asked if I could play some two-tone.
The bar wasn’t big enough for dancing, but tables and chairs were rapidly pushed aside for them to indulge in a bit of skanking and pogoing in their immaculate tailor-made suits.
To me, seeing that group of well-educated Caucasians embracing a British inter-racial youth culture that, itself, emanated from the poorest parts of Jamaica, was something of a legacy of a movement that almost was.

Roger has to be regarded as one of the pioneers of that movement, and I have to thank him for helping bring the joy of Jamaican music to white rude boys everywhere.

Probably the first really influential indie label, Stiff Records was founded in 1976 at the leading edge of the wave of punk, and later, new wave rock movement, and brought together an eclectic set of artists from the UK and US counter-culture and pub rock culture of the time, and bringing the new music movement to public attention through its Stiff Tours around UK, Europe and USA.

Although many of the acts signed to the label remained or became obscure as the 80s wore on, some became icons of the movement with wider success and fame – like Elvis Costello, The Damned (with ‘The Rose’, acknowledged as punk rock record 001), Madness, Ian Dury, The Pogues, and Devo.

Delving into my collection of Stiffies to bring music as diverse as punk, ska, psychobilly, southern blues rock, synth pop, and even some Burt Bacharach and gospel, in tribute to an era and label that made a huge impact on rock music, even though it was only relatively short lived 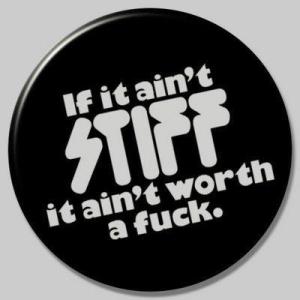 At the time of the punk music movement growing in UK in the late 70s, Germany was still divided ideologically and physically by politics and a wall.

Not so with rock music as West, and especially East, German rock bands took to the anti-establishment rawness of punk and new-wave, spawning their own blend of punk, new-wave, euro-rock and traditional German hard rock, to be known by the movement as Neue Deutsche Welle –  German New Wave – and abbreviated by anybody with trouble pronouncing it to NDW 🙂

Starting out as an underground music movement, as the 80s rolled in it became more influenced by electronic rock and mainstream as record labels jumped on the bandwagon, producing factory-made one-hit wonders. By the mid 80s it had been abandoned by its proponents, but its influence can still be felt in later waves of punk rock and in dance-punk.

Wild Wednesday presents a little selection of some avant garde and commercial and tracks from the movement.

Wild Wednesday can’t get much wilder than the 70s/80s UK punk scene. Watch out for the razor blades…